A day to reflect on the service of our armed forces and honour the valiant troops that fought and made the ultimate sacrifice to protect what we hold dear today.

Times are particularly difficult at the moment for most and particularly for charities that rely on donations to provide essential care and support to the vulnerable. That’s why on Monday 9th November we held a bake-off competition to support a charity close to all our hearts. The Royal British Legion, who offer financial, social and emotional support to the brave members and veterans of the British Armed Forces.

In true bake-off fashion we held a competition with one lucky baker taking home the #1 baker mantle and a bottle of Champagne, we then proceeded to sell the remaining cakes with all proceeds being donated to the Royal British Legion.

We had 9 aspiring bakers competing for the top spot and the Cakes were judged by a panel of 3 (socially distanced) judges and scored based on taste, appearance, creativity and skill.

After much deliberation the judges totalled up their scores and the winner selected, the decision was that though all the cakes were delicious and well presented the winning cake was #5 the “Lest We Forget” poppy cupcake platter taking top marks on all scoring criteria.

The contestants were called back in for the awarding of the prize which our latest recruit and bake-off winner Caroline was thrilled with, then the sale of cakes began.

As a result of cake sales and general donations we are thrilled to announce that we have raised a total of £219.50 for The Royal British Legion, thank you to everyone who got involved and to everyone that donated so generously!

As always compliments to all our bakers for their participation and delicious cakes! 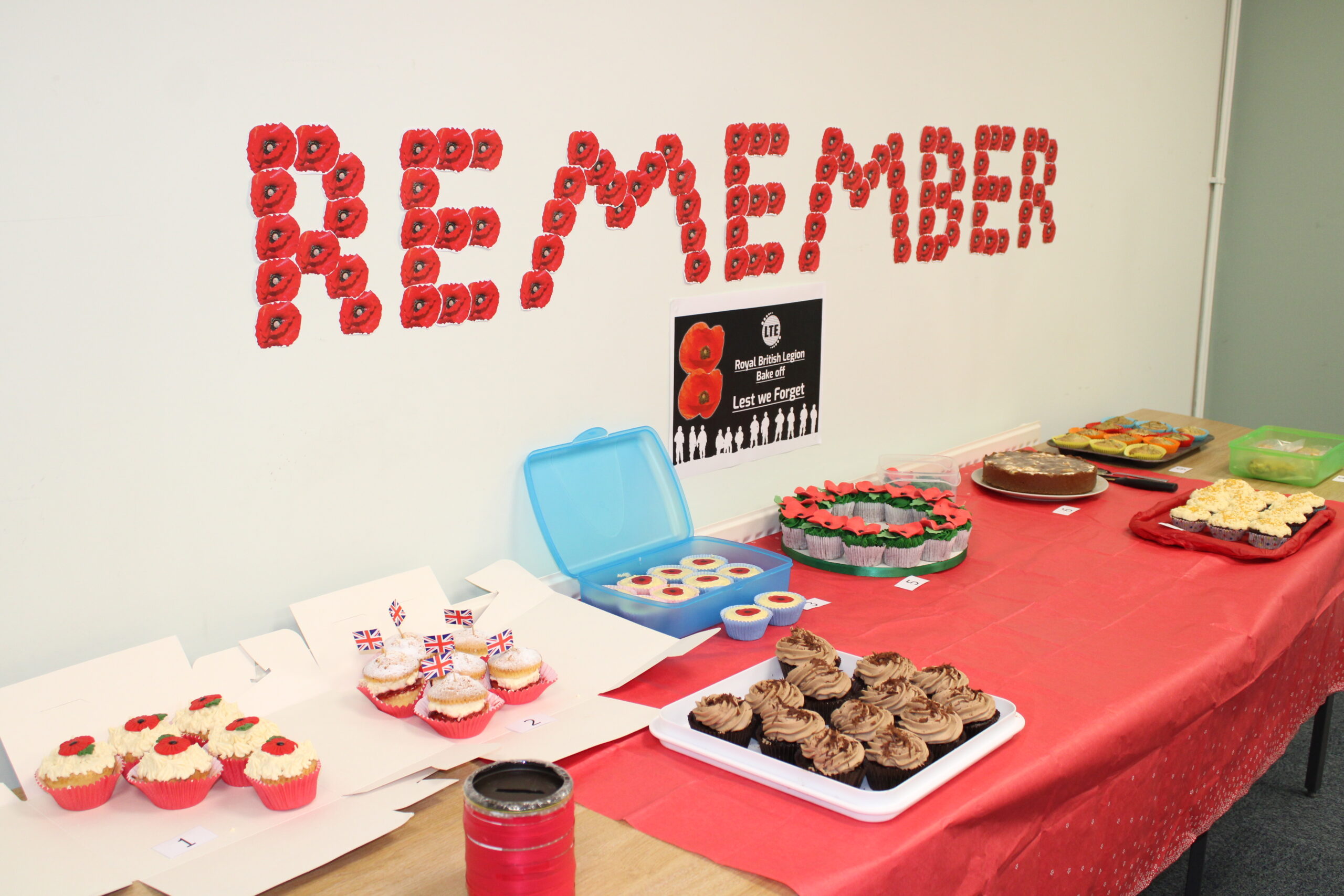